Kranjska Gora, Tolmin - A hiking trail connecting Slovenia, the Austrian region of Carinthia and the Italian region of Friuli-Venezia Giulia is bringing ever more hikers to Slovenia. The trail is therefore seen by local tourist organisations as an asset for the country's economy. 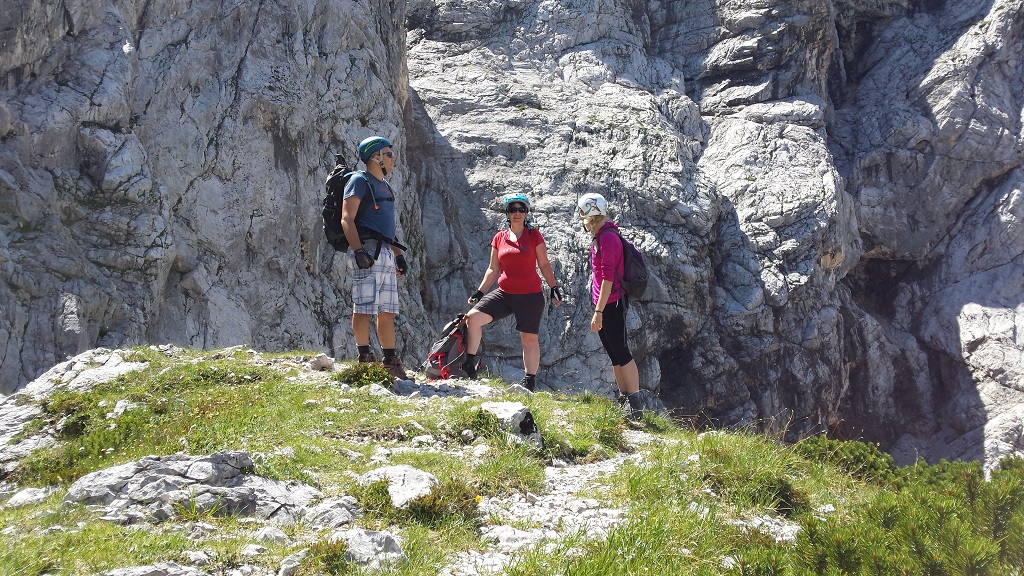 Since the opening of its own booking centre for accommodation in 2013, the Alps-Adriatic Trail has been a great success, seeing an almost 200% increase in hikers and overnight stays every year, according to Klavdija Lešnik from the Local Tourist Board Sotočje.

The trail takes hikers from Grossglockner, the highest mountain in Austria, through the Carinthian mountain and lake region, the tri-border between Austria, Slovenia, and Italy, down to the Adriatic coastline, ending in the Italian town of Muggia.

The region around the Soča river and the Triglav National Park are the two most visited destinations in Slovenia.

Hikers most frequently head towards the town of Kranjska Gora in the north-west of Slovenia or to the western Goriška Brda region, known for its vineyards.

Organizers help hikers become orientated between each of the check points, which are separated by around 20 kilometres or a six hours' walk.

At each check point, hikers can enjoy an attractive range of culinary specialities, which is why most of them decide to stay between a few days and a whole week.

The booking centre has received many reservations for accommodation in the Slovenian part of the trail, most of them from Austrian and German hikers, says Lešnik.

The trail was launched by Austria in cooperation with Slovenia and Italy. Its organisers focus on promoting it in Germany, where there are many hiking enthusiasts.

However, they are expanding promotion also in other markets, as a result of which many of the hikers come from Switzerland, England, and the Netherlands.

Mirjam Žerjav, the director of the Local Tourist Board in Kranjska Gora, believes the Alps-Adriatic Trail is the tourism product of the future.

She says Slovenian tourism would benefit from promoting similar hiking trails, such as the Slovenian Mountain Hiking Trail between Maribor and the coastline. (source: STA)

Slovenian Day of Culture in Copenhagen
Scroll to top