Club of Minority Students in Ljubljana Brought back to Life

Last year, the Club of Minority Students was once again brought to life. The first generation of minority students arrived in Ljubljana in the 50’s. Some individuals might have even come before that. At the time, the club had about 30 members who mostly dealt with finding accommodation for students, the official recognition of thesis certificates and scholarships granted by Yugoslavia. 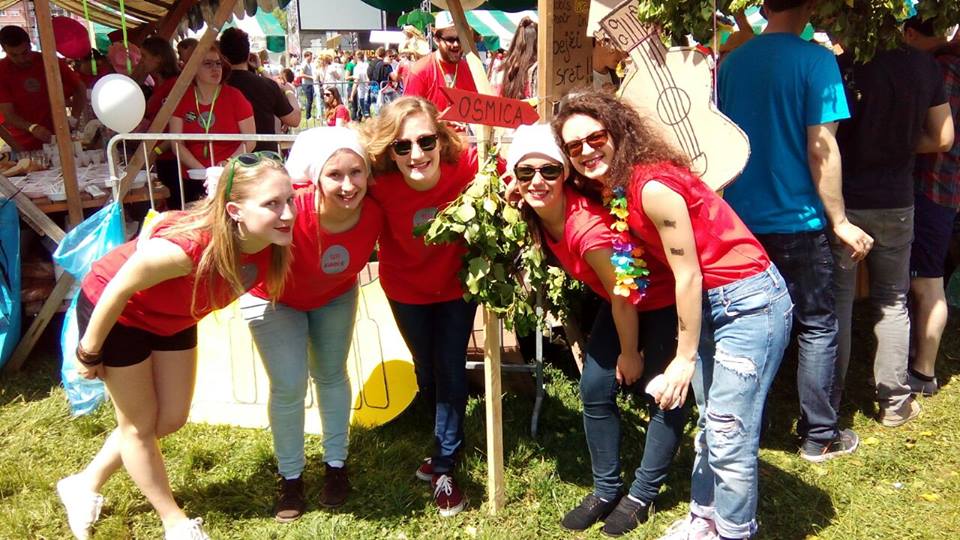 Throughout the years, the number of members fluctuated, resulting in the club dispersing on many an occasion only to be brought back to life by the succeeding generation. This is exactly what happened last year. The number of students from Trieste and Gorizia who have decided to study in their home country has drastically grown and so they decided to once again form the Club of Minority Students in Ljubljana. Recently, the club also got a new President. The former head, Tina Malalan, was replaced by Jernej Legiša, a student of medicine, whom we got a chance to interview for this article.

Jernej, how was it that the idea for forming the club suddenly resurfaced?

There were many of us in Ljubljana and we came up with the idea of cooperating on the Škisova tržnica project. That way, students from other parts of Slovenia could get to know us. We wanted to show them who we were and where we’re from. I’ve got to say that we succeeded. Other student clubs were thrilled to get to know us. They support us and we work together real good.

What is the primary motive of your club?

The primary goal is to give students a chance to socialize. However, we also wish to be publically known. Most Slovenians living here don’t even know we exist. When they hear that we can speak Slovenian and that we come from Italy, they are surprised at us even being able to talk Slovenia – let alone how well we speak it. Our goal is also to help and support students who come to Ljubljana.

What were some of your projects last year?

We had our own stand at Škisova tržnica, where we were joined with the students from the Littoral region. We were happy about it because, initially, the organizers considered us to be foreigners and they placed us among the international clubs. Also, in the summer, we organized a beach volley tournament for student clubs and our friends. Since this was the first time, not many clubs attended the event but that is quite reasonable seeing how the Club only formed last year and people need time to get to know us. We hope the tournament becomes a regular thing and that in the following years more people sign up for it. Our most important project was the open day of Slovenian faculties on the 11 December 2015 in Villa Opicina (Opčine). At the event, representatives from faculties in Ljubljana, Nova Gorica, Koper and Maribor presented different fields of study to high school students.

And what are your plans for this year?

We will surely repeat last year’s projects. We also plan on cooperating at Mladifest, a festival organized by the Student Club Sežana on a yearly basis. It is a week-long social event filled with cultural and sports activities, accompanied by various concerts. This year, the event will take place from 8 to 24 July 2016 in Sežana. Each year, the event’s diverse program is successful in attracting a great number of students.

Do you cooperate with other student clubs?

We’ve been cooperating with the Student Club in Sežana from the very beginning. However, what we really want is to become a part of the Association of Student Clubs (ŠKIS). This would make our operations much easier and enable us to carry out certain projects which we couldn’t last year. The ŠKIS Association offers help, information and support. The members of the student clubs in the Slovenian Littoral are of great help in this respect but the process is complicated because we come from Italy and the ŠKIS Association, according to their Statute, can only support students from Slovenia. We also cooperate with the Club of Slovenians from Trieste. We’ve got common goals, namely to make Ljubljana aware of our presence abroad and to be able to help young minority members who come to Ljubljana.

Is it a big plus for a member of a minority to come study in Ljubljana?

It’s certainly a big plus. There are numerous positive aspects but it depends on the individual and their field of study. Studying medicine, for instance, is much more practice-oriented in Ljubljana. When I was choosing between Trieste and Ljubljana, one of the major reasons why I opted for Ljubljana was the Slovenian language. Slovenian is much more than just a language – it is a value.

Bringing the Zither Closer to People
Scroll to top