Stopera is the name of the majestic building located in the center of Amsteram. It is home to the City Hall and the Music Theatre where each season the best opera and ballet performances take place. Quite often, Slovenian artists also take the stage – recently, the soprano singer Vida Matičič and tenor singer Ambrož Bajec-Lapajne wowed the audience with their performance of the Queen of Spades. 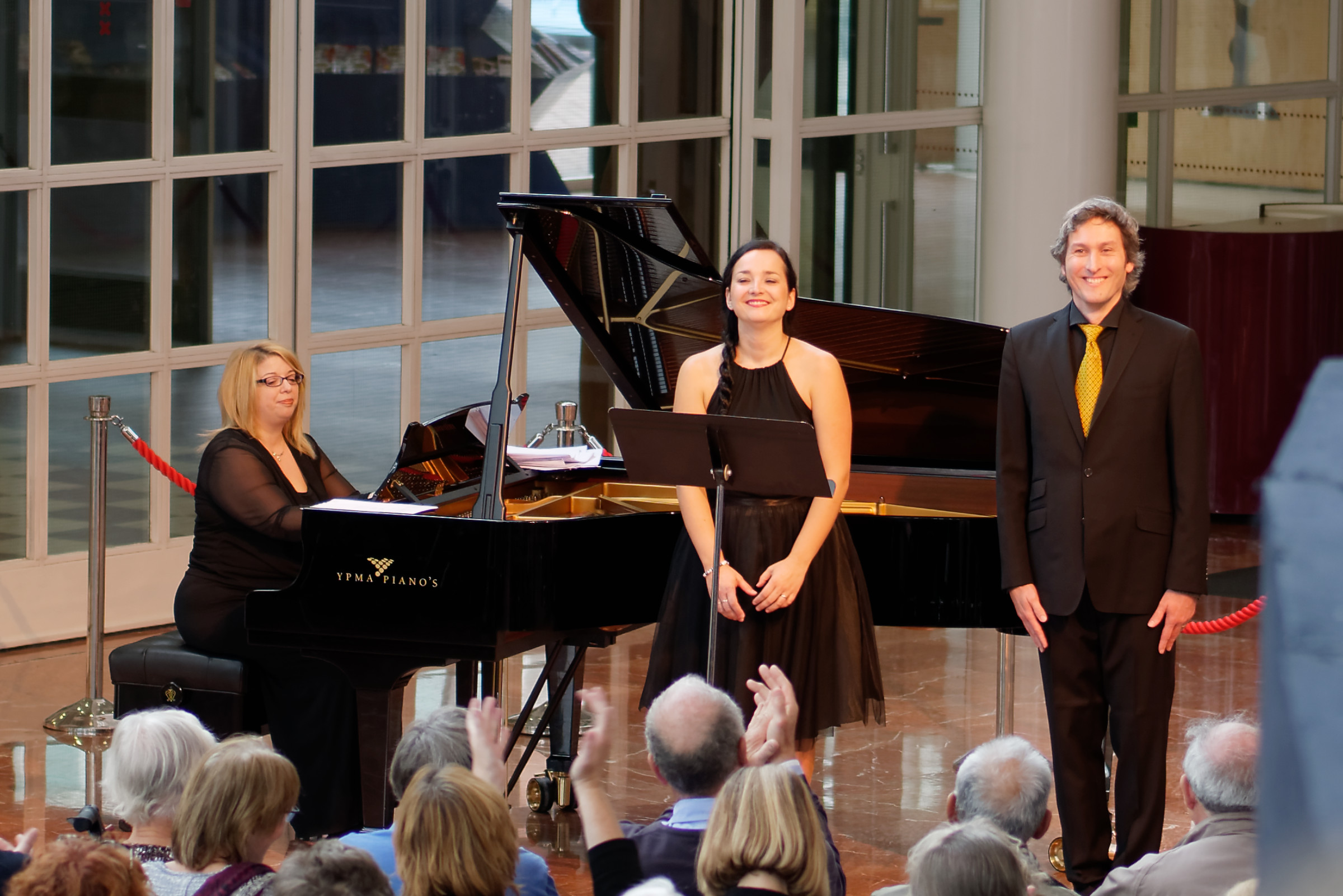 On Tuesday, 18 October 2016, the two singers performed in front of the Amsterdam audience in a high-noon concert, singing the works of Slovenian composers Ipavec, Lajovic, Škerjanec, Merkuj, Čopi, and Jenko. The audience were provided an English translation of each individual piece. Accompanied by Nathalie Doucet on the piano, Ambrož Bajec-Lapajne was the first to conjure a vividly melancholic Slovenian atmosphere. What followed was a series of dialectal songs from the Slovenian Littoral, where Vida Matičič comes from. The young artists finished their performance with a series of duet songs – among them also Na tujih tleh (On Foreign Soil), bearing a special meaning.

The massive audience – which filled every last corner of the opera house’s impressive foyer  - graced the performers with a big round of applause. Especially happy to see Matičič and Bajec-Lapajne, were their compatriots from Slovenia, among them also two representatives from the Slovenian Embassy in the Netherlands.