Skier Tina Maze has become a character in a children's picture book. While the cartoon Maze merrily races down the slopes, the real-world Maze, who put her sports career on hold last year, hinted at Wednesday's book launch that she is unlikely to ever return to professional skying. 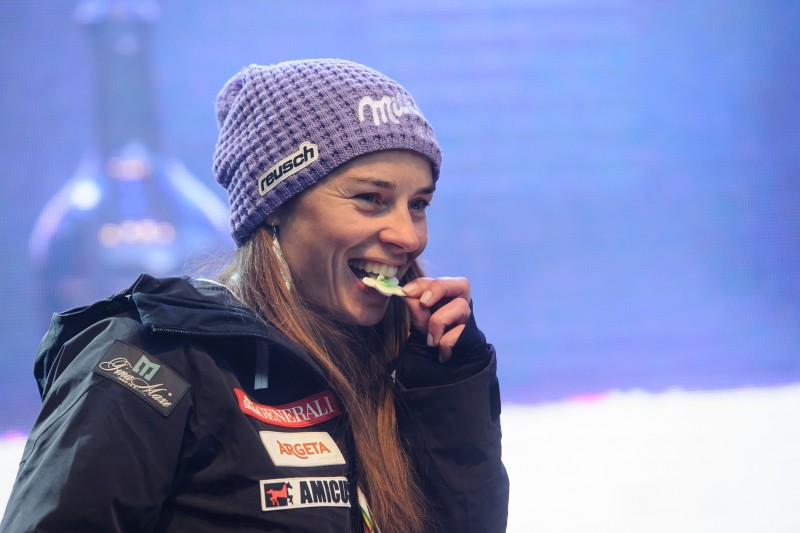 I've known for a while what I will be doing...If I don't have the right competitive energy I cannot lie I have it," she told TV Slovenija, adding that she would nevertheless wait before "officially deciding"

The picture book is a joint effort by writer Primož Suhodolčan and illustrator Gorazd Vahen. Though the work was tough, they said they are always happy to do such projects.

Suhadolčan found the book to be a challenge, as he tried to intertwine real events with fiction, while keeping Maze's motto - how reaching one's goal requires ambition and hard work - as the story's main message.

Similarly, Vahen did not try to recreate the world champion in the book, but rather a child character; he created a character that simultaneously is and is not Tina Maze.

Maze said that young readers could learn a lot from the book. When the story in the book was happening to her, she was far from becoming the world champion, but already knew she would dedicate her life to skiing.

DZS published said that the picture book would get an English translation in about a month, with translations into other languages also being planned.