Melbourne - On Sunday, 21st February over 200 people gathered in the church hall at the Slovenian Catholic Mission, Sts Cyril and Methodius in Melbourne, to celebrate the wonderful achievements of musicians of Slovenian heritage which have been so carefully documented by Katarina Vrisk in the book ‘Anthology of Slovenian Australian Musicians’. 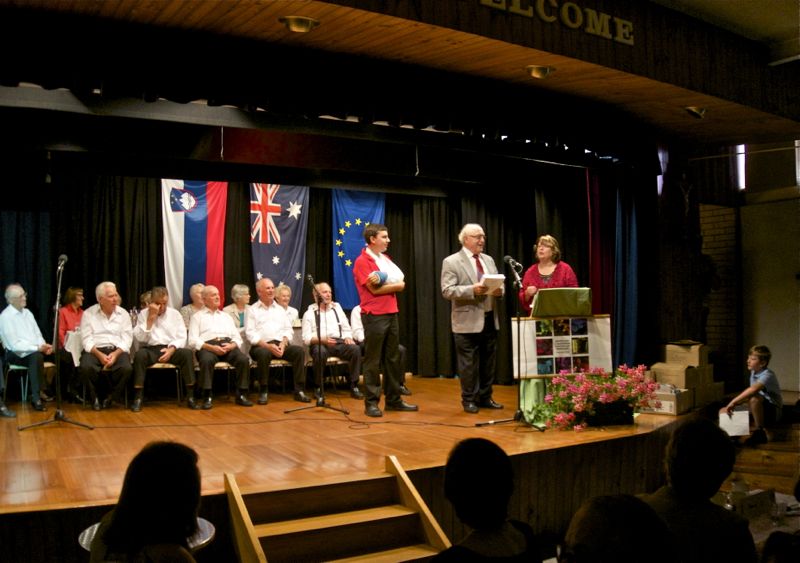 After the official opening with the Australian National Anthem sung by Christine Ferra (née Cestnik) and the Slovenian National Anthem sung in duet by Anna Tegelj (née Mandelj) and Helen Trinnick (née Čampelj), Katarina spoke about each singer’s contribution to the cultural life of Slovenians here in Australia.  This was followed by a rousing performance from Men’s Choir ‘Planika’ of three Slovenian songs, including ‘Slovenec Sem’. Katarina thanked all the helpers who assisted in editing, proof reading, constructing the bibliography and creating the design of the book, including Sydney Slovenian, Florjan Auser.  She also called her father, musician Tony Vrisk, and her son Thomas up to the stage to present a copy for the family archive. 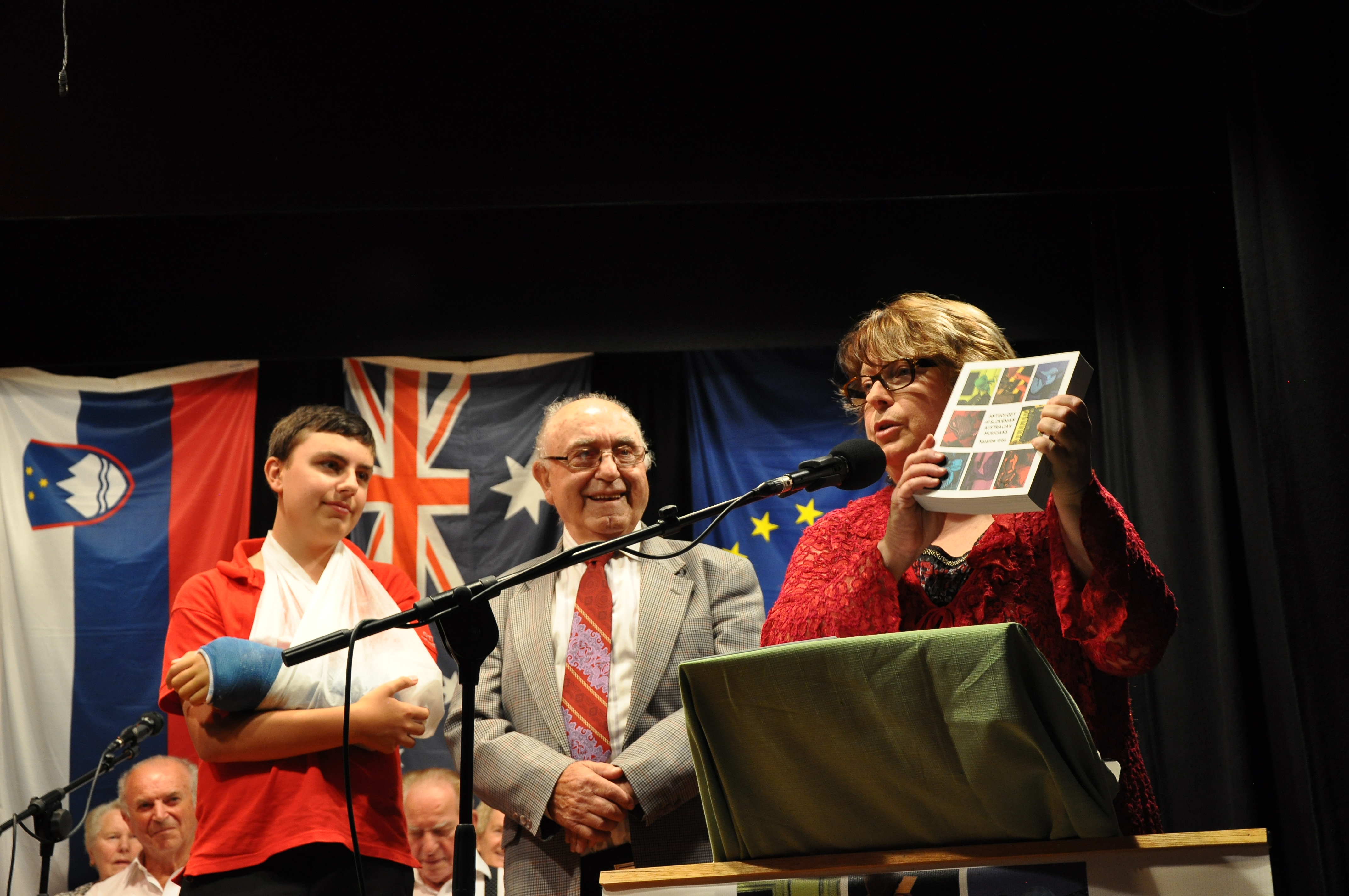 A brief film was shown which told something about the book and photos of people from within the pages. Katarina then spoke about Franc Petelin who had played accordion with her father (guitar) in the Asten Refugee Camp in Austria and had travelled out on the same ship together in 1959. From there she introduced Frank Petelin, a well-known musician of recent times and a musician in bands such as ‘Domači Fantje’ and ‘Karantanija’. He is now in ‘Ansambel Žagarji’ but has transitioned from button accordion to guitar and also sings. Frank brought his elder son, Anthony, on to the stage to perform the unofficial ‘national anthem’ of Slovenia, ‘V dolini tihi’. It was a chance to hear the ‘handing over’ of talent of three generations of musicians. 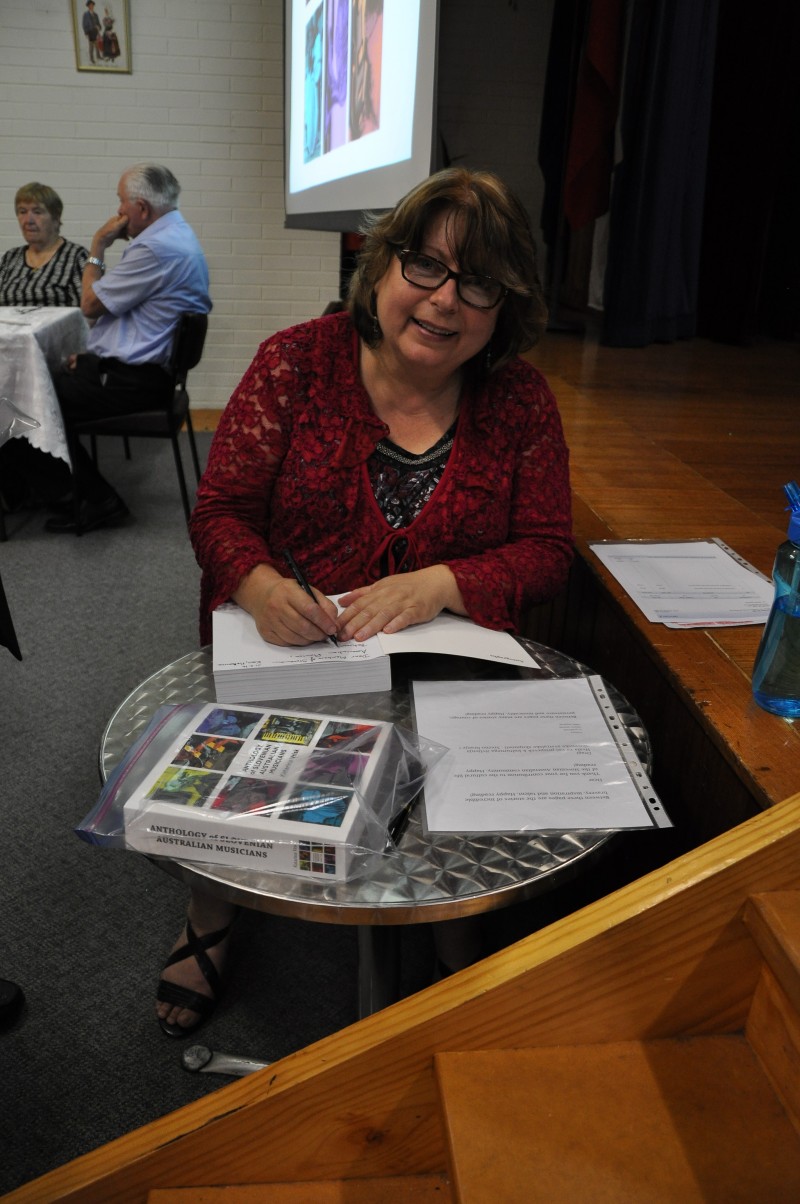 The Slovenian Ambassador to Canberra, Mrs Helena Drnovšek-Zorko, was invited to the stage to speak about the project. She highlighted the importance of work such as this so it be documented and acknowledged the hard work which had been done by Katarina, assisted by a team of people, to achieve this large book of over 660 pages. There was much emotion in the room when Mrs Helena Drnovšek-Zorko, with tears in her eyes, talked about the young generation and particularly Katarina’s son Thomas and Frank Petelin’s son Anthony. This would be a lasting legacy for them and future generations. 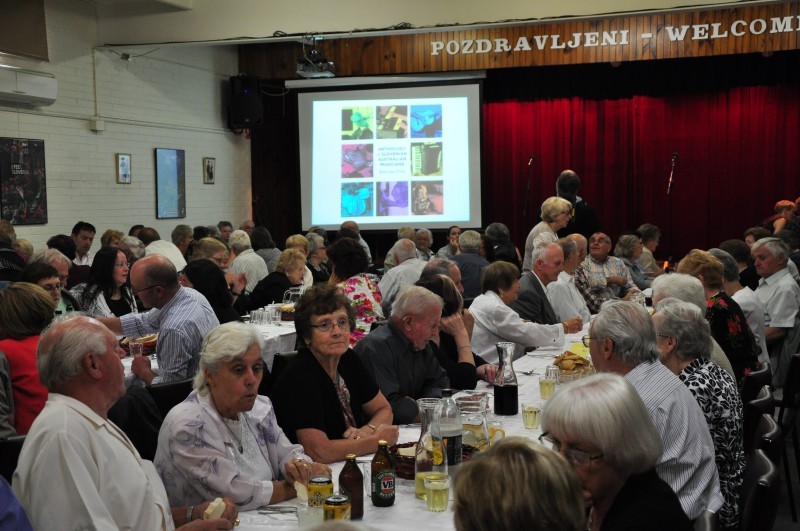 Audience members, who comprised some of the musicians in the book, were able to purchase the book and 2 CD set afterwards. The author autographed books and a good time was had by all. It was a great community event.