To finish 2016 with a bang, the most important investment in the Slovenian minorities’ infrastructure paid up – the Korotan Student Residence Hall in Vienna (Albertgasse 48) opened its door once again. For over 60 years, the hall of residence has been housing Slovenian high-school and university students during their studies in Vienna. Since the renovation in 1996, the hall has also been the headquarters of the Slovenian Cultural Center – the central Slavic cultural institution in Vienna. 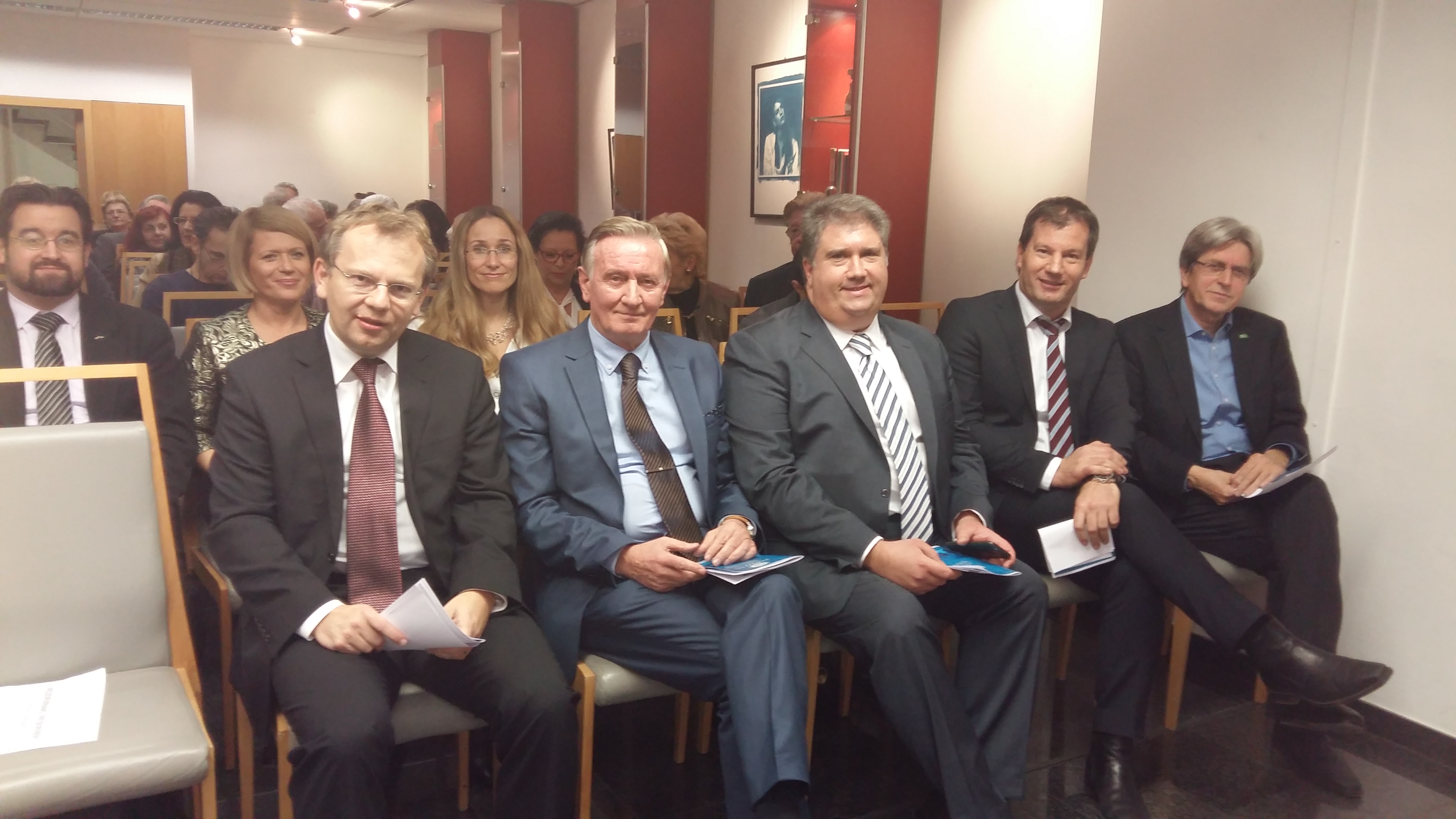 Slovenian Carinthians feel deeply connected to Vienna and many of them studied and even pursued their professional careers there. And it is precisely due to that that St Mohor’s Society, in cooperation with Father Ivan Tomažič, established the Korotan Student Residence Hall in the 1960’s. Korotan has been considered to be the focal point by the Slovenian minority in Vienna who see it as center of their political, media, and cultural events in Austria. As such it was taken into ownership by the Republic of Slovenia 2009.

In 2016, St Mohor’s Society, the manager of Korotan, and Korotan GmbH, the owner of the building, renovated all the dorm rooms and the cultural center with the help of the Government’s Office for Slovenians Abroad. Today, the facilities look more modern, energy efficient, and consistent with the other focal points of the Slovenian minority. They also provide better living conditions for Slovenian students and hotel guests. The revamped facilities will contribute to a better cultural industry, which is vital due to the fact that this city in the heart of Austria also happens to be one of the most important European cultural metropoles.

On Thursday evening, 15 December 2016, Minister Gorazd Žmavc gave a speech in which he stressed the importance of symbolically concluding the renovation cycle in Slovenian minority regions that started with the opening of the Trieste Book Center and continued with the renovation of the Slovenian Cultural and Information Center Lipa in Szentgotthárd and the St Mohor’s Society Bookstore in Klagenfurt.