“Repetition” of Ljubljana Graphic Biennial on show in Brussels

Brussels - Works from the 31st Ljubljana Biennial of Graphic Arts, which took place in Slovenia last year, have been put on display at the Villa Empain arts centre in Brussels. 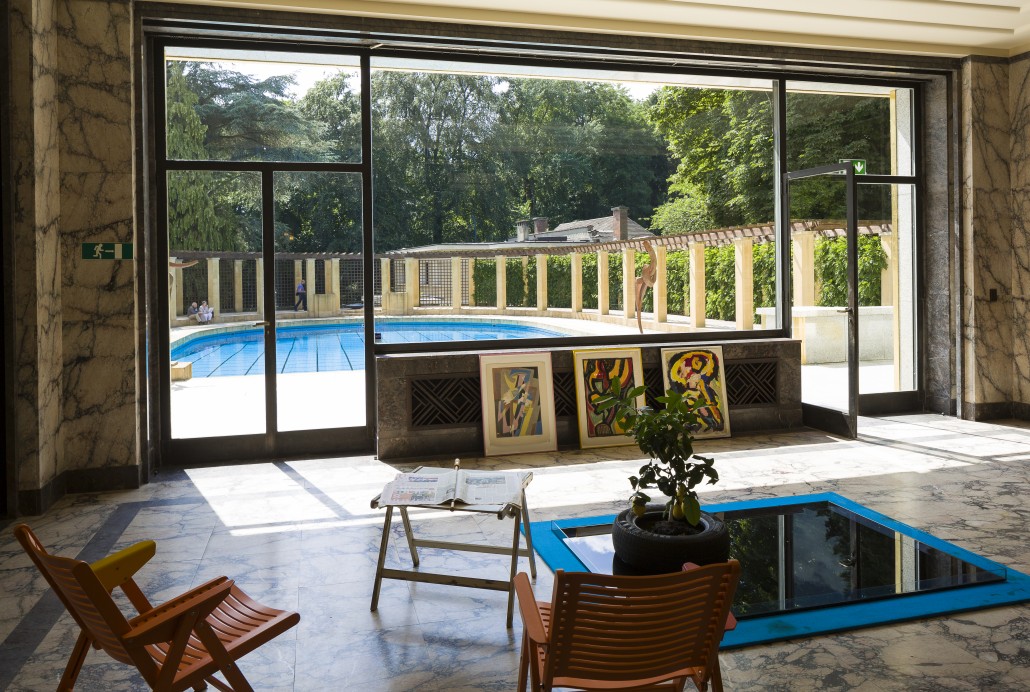 The Villa Empain is a private house in the Art Deco style designed and built between 1930 and 1934 by Swiss architect Michel Polak for Baron Louis Empain.

The exhibition, entitled Repetition, was curated by Villa Empain's new artistic director Asad Raza, who conceived it as a circulatory system by which images, objects, and bodies move through the gallery.

Raza, who was also one of the artists who exhibited at last year's biennial, wanted to put on a show based on the idea of repetition, he told the STA.

Given that graphic art is repetition-based and the Ljubljana Biennial of Graphic Arts is definitely the most important biennial of its kind, the exhibition at the Villa Empain is in a way its repetition, although "a faulty repetition", he said.

Raza believes in constantly interweaving and mixing various forms of art, which can result in the best and most interesting experiences in art.

The idea to stick just to visual arts is, according to him, inappropriate for the 21st century.

He had wanted to find artists who would be susceptible to his idea of repetition and accident as interpreted by Robert Rauschenberg.

Rauschenberg's litograph Accident (1963) featured prominently at last year's biennial in Ljubljana and is even more important for the Repetition exhibition, which focuses on the productive power of accidents, said Raza.

Featured at Repetition are also some of the works English artist Giles Round had made for the 31st edition of the Ljubljana biennial.

The exhibition also features prints from the International Centre for Graphic Arts in Ljubljana, the organiser of the Ljubljana biennial.

He moreover invited several authors to make sculptures and films for the exhibition, among them Abbas Akhavan and Latifa Echakhch, as well as Ištvan Išt Huzjan, the recipient of the Grand Prix of the 31st biennial.

The exhibition will close on 21 August at the Villa Empain, which was renovated in 2010 and features as a centre for art and dialogue between the cultures of the East and the West.

As the venue of the graphic biennial, Ljubljana is important for the Brussels exhibition as a place where the East and West, believes Raza.

Interestingly, works from India, Brazil and China were exhibited in Ljubljana even before they were put on display at Venice, Italy, said Raza, who feels Ljubljana was part of global dialogue very early on. Source: STA