Ski-jumping champ gets his own stamp

After a record-breaking season in which he won virtually all available trophies, Slovenian ski-jumping champion Peter Prevc has now been honoured with his own postage stamp. 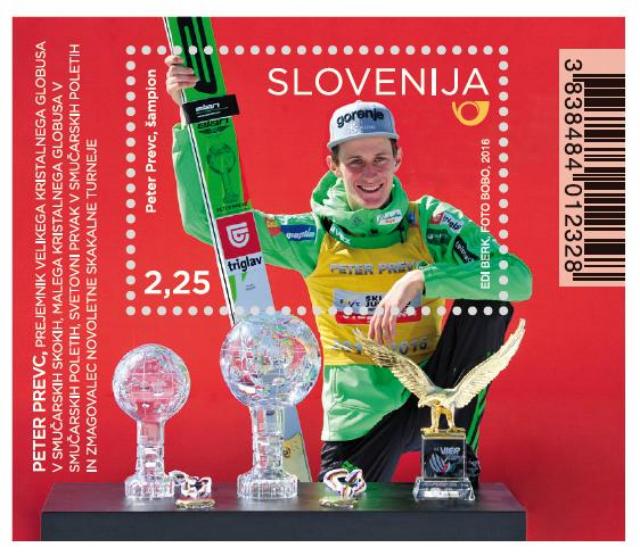 The special edition stamp, with a nominal value of 2.25 euros, is essentially a photo of Prevc with all the trophies he won in the 2015/2016 season and a description of his achievements.

Pošta Slovenije, the national postal company, said that the stamp was a way of celebrating Prevc's achievements.

He has in this way joined fellow ski-jumping legends such as Gregor Schlierenzauer, Wolfgang Loitzl, Thomas Morgenstern, Matti Nykänen and Adam Malysz, who have also been honoured with postage stamps.