People from France, Spain, England, Ireland, Finland and even Australia, the US and New Zealand are applying for a dream job offer of a shepherd at the foot of the picturesque Velika Planina plateau. The campaign, lunched earlier this month, is part of promotion of Slovenia as a tourist destination. 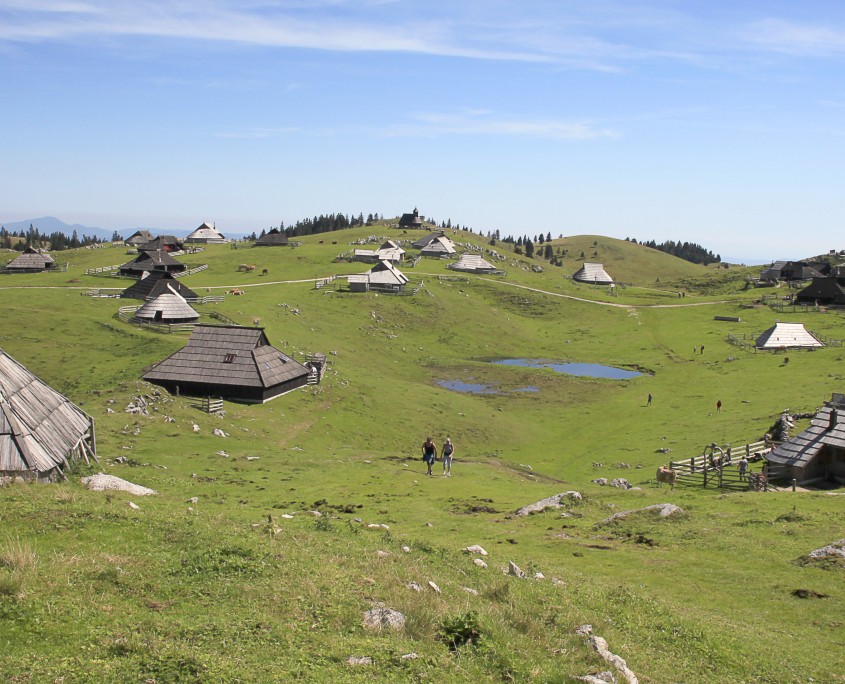 The emerging Eco resort at the foot of Velika Planina, which is to welcome the first visitors in September, is looking for 10 individuals with positive energy who like children, animals and nature and speak English.

They will be given the opportunity to get to know the rich ethnological heritage of Velika Planina, arguably one of the most beautiful and well-preserved plateaus in Europe, according to the company behind the project Palmieri, producer of prestigious dessert wines and premium olive oils.

The dream job will include living in one of the wooden cottages with all the modern kitchen and bathroom appliances in the Eco resort, enjoying high-quality local food and having an own garden of vegetables and spices.

The use of spa, a swimming pond and various other activities offered by the resort such as workshops and guided tours are in the job description.

All that the shepherds will have to do is provide for the cows, sheep, goats and poultry at the resort, make domestic craft products and pass the skills on to children of the families holidaying there.

The 10 chosen applicants will take turns in living at the resort the whole year through and will be able to chose the time as well as duration of their stay. The minimum stay will be two weeks and the maximum four.

The first condition is for candidates to share the promotional video for the job, also presenting Slovenia's top tourist sights such as Lake Bled, Triglav Mountain and Velika Planina.

Candidates from around the world are interested in the job, with most of them coming from Slovenia, the US and New Zealand.

The candidates are mostly highly educated people and travellers.