Sao Paulo, 14 June - Slovenia and Brazil have started promoting in Brazil a joint project featuring books on the histories of both countries. The two books, a history of Slovenia in Portuguese and a history of Brazil in Slovenian, will be presented in Sao Paulo on Wednesday and in Rio de Janeiro on Friday.

"Dežela in njena soseščina: Zgodovina Slovenije v portugalskem jeziku" (A Land and Its Neighbourhood: A History of Slovenia in Portuguese), edited by Oto Luthar, and a Slovenian translation of History of Brazil by Boris Faust, were launched in Brazil on Monday at an event marking the 25th anniversary of diplomatic ties between the two countries.

The History of Brazil, translated by Barbara Juršič and Jasmina Markič, is the first history book on Brazil in Slovenian. It was launched in Slovenia in November.

The promotion of the two books in Brazil was accompanied by traditional dishes: potica, a traditional Slovenian sweet bread, and Brazilian cheese bread, the Slovenian Embassy in Brazil said.

Slovenian Ambassador to Brazil Alain Brian Bergant labelled the project carried out by the Slovenian Academy of Sciences and Arts and Brazil's FUNAG foundation as an excellent example of bilateral cooperation that bodes well for future projects.

He added that Slovenia would mark the 25 years of diplomatic relations with Brazil with a number of events, including an exhibition on the work of Slovenian architect Jože Plečnik and a week of Slovenian culture in Recife. 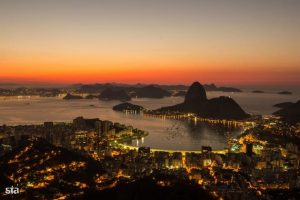