Vienna - As exit polls for Sunday's second round of the presidential elections in Austria suggest an uncertain outcome, representatives of the Slovenian minority organisations in the Austrian province of Carinthia expressed hope that Alexander Van der Bellen, the independent candidate supported by the Greens, will eventually emerge as the winner. 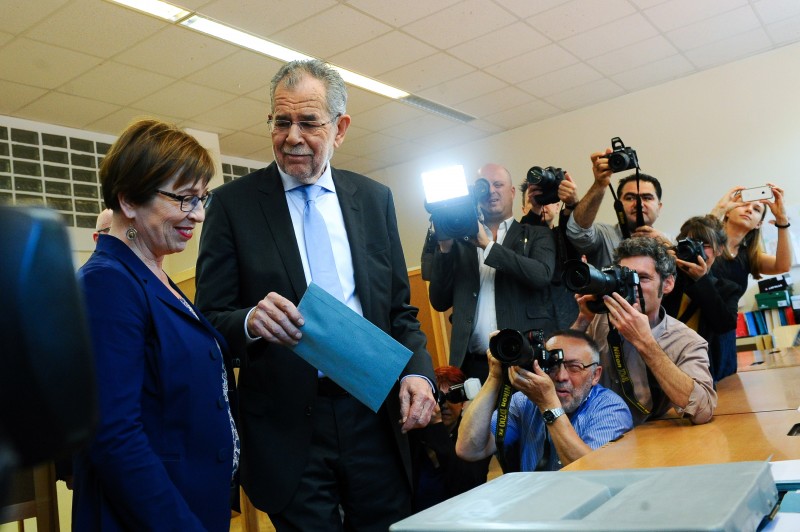 Final results of the second round of the elections are expected to be announced on Monday evening, after the ballots sent by mail have been counted. A record 900,000 voters out of the 6.4 million of eligible voters had asked to vote by mail.

Vice-president of the National Council of Carinthian Slovenians (NSKS) Nanti Olip has told the STA on the phone that Van der Bellen improved on his result from the first round that that he could win the elections. The voting by mail should turn into his favour, he believes.

Olip is shocked by the result of the elections in the bilingual municipalities in Carinthia, as unofficial results suggest that a majority of voters there voted for Norbert Hofer of the Freedom Party.

Ana Blatnik of the Association of Slovenian Organisations (ZSO) meanwhile pointed to today's tension surrounding the elections and expressed hope that Van der Bellen will win.

The ZSO wants a "peaceful president of Austria, who wants integration of Europe, not only because of the economy, but also because of peace."

According to Blatnik, a win by Hofer would mean that divisions would be put in the forefront, which would "mean a disaster for Austria".

Head of the Association of Carinthian Slovenians Bernard Sadovnik also hopes for Van der Bellen's win. He is happy that the democratic forces in Austria have shown that they do not want a shift to the right.

It also turned out that Austrians are able to think within the European and international context, Sadovni added.

At the same time, the election result is a signal for the ruling parties in Austria that the dissatisfaction of the people in Austria is huge, he concluded.