The son of the great and, sadly, prematurely deceased mountain climber Tomaž Humar has set a new record. He is the youngest man to have ridden a bicycle around the world. On his adventure, which we’ve already written about on our website, he’s beaten the previous record set by the British Tom Davies from by five days. 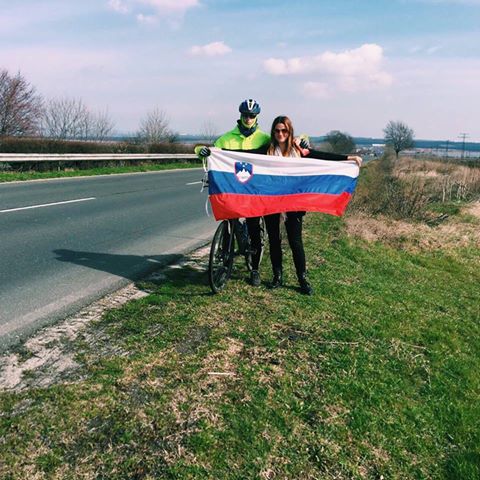 Tomaž inherited his endurance and the record-setting will from his father. It took him 209 days to complete the 28,968 kilometers long journey. In this time, he rode across 25 countries on all five continents. He started his journey in Kamnik, his hometown, and headed towards the western part of Spain. From there, he flew to the USA, namely Miami, where he continued his journey towards Toronto and from there to Los Angeles. In New Zealand, he rode from Auckland to Christchurch and in Australia from Brisbane to Perth. In Asia, his journey started in Singapore and continued through Malaysia towards Bangkok. In India, he crossed the distance from Calcutta to Mumbai. Then, he took up the Balkan Peninsula, all the way from Istanbul back to Kamnik.