Urša from Graz: Getting the Most out of Both Worlds

Urša has moved to Graz three times. The first time, she moved there as an Erasmus exchange student, then she returned for her master’s studies, and ultimately moved there together with her husband in hopes of starting a new life. As she told us in the interview, she is not planning on returning to Slovenia because it is still within her reach. She finds the quality of life in Austria much higher than that in Slovenia.

What has brought you to Graz? What do you do there?

I actually moved to Graz three times. The first time, I moved there for half a year as an Erasmus exchange student. When I moved there for the second time to pursue my master’s degree, I remained for a year. After that, I moved to Maribor with my boyfriend. We lived there for two years and ultimately decided to relocate to Graz. While living in Maribor and studying in Graz, I always had the feeling we would be better off living in Graz. Robert was kind of patriotic and wanted to succeed in Slovenia but, eventually, he grew tired of Slovenia. After his first job interview in Austria, he got a really good job.

Now, we both work here. I work in marketing, namely for an Austrian shoe brand. Robert works as a programmer. We have bought our own apartment and are starting to lead our own life.

As I have said, my first contact with Austria was during the Erasmus exchange program. Austria was very similar to Slovenia and I had visited it on many an occasion. Considering that, I didn’t experience a culture shock. However, I did struggle with the language. Even though I had studied German for quite a few years and regardless of the fact that I studied translation, I could hardly understand the local people. The Austrian dialect is definitely something you struggle with, even if you know German. 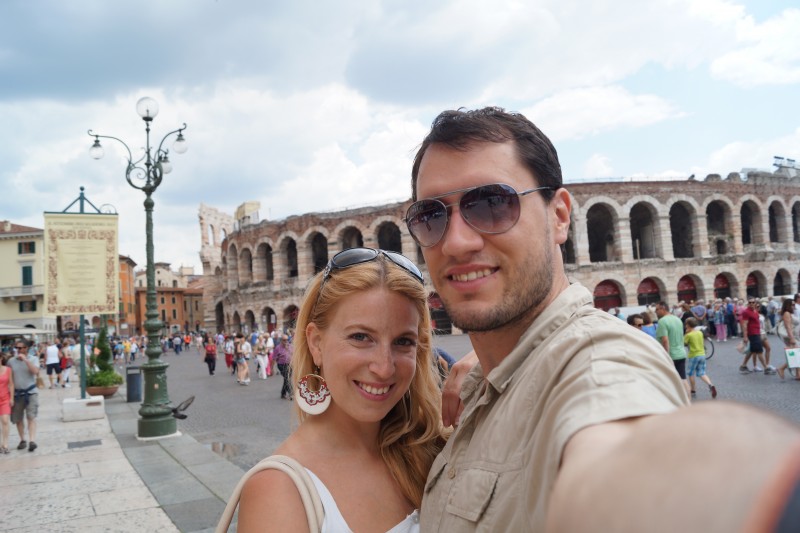 How would you compare living in Slovenia and Austria? Can you draw any parallels or list the most prominent differences?

Well, there are a number of similarities between Austria and Slovenia. After all, a long time ago, we used to be the same country. The cuisine is similar, and so are the climate and the way of life. People, however, seem a little more reserved. Slovenians are good at making friends. When someone buys a Slovenian a beer, they immediately hit it off and start exchanging stories. Here, the situation is a little different. People are more professional and tend to keep a distance. Also, Austrians are a little obsessed with academic titles – education really counts. It is interesting, however, that young people start working really early. Sometimes they enroll in the university only after having accumulated 3-4 years of working experience. I think that in that respect, Austrians are much smarter than the perpetual students in Slovenia. ;)

What do you miss the most in Slovenia? What would you bring with you?

To be frank, I don’t really miss anything. I visit Slovenia often and when I do, I usually buy Čokolino and chicken hot dogs without casing because you cannot get them in Austria. Of course, I miss my friends. If I could, I would bring them all across the border. 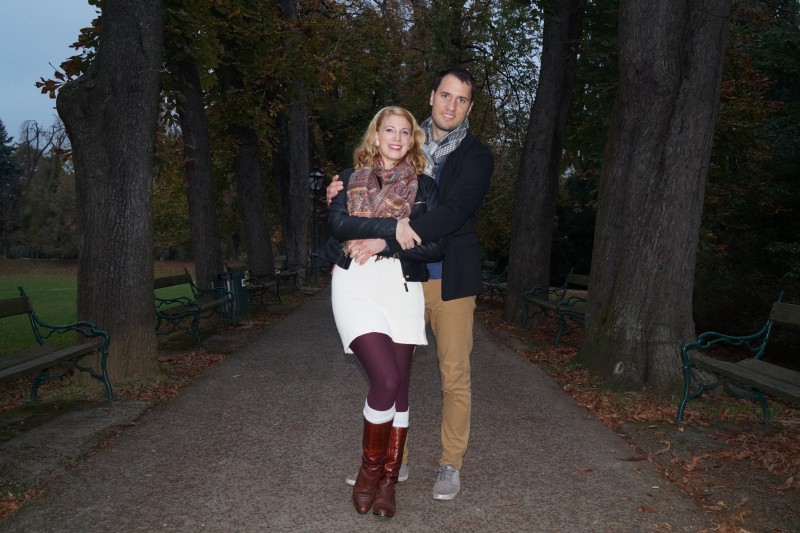 Do Slovenians in Graz organize any meetings or events? How do you preserve the contact with Slovenia and your family? How often do you come back?

The Student Club of Slovenian Students organizes regular meetings. I think there’s also a Slovenian “Stammtisch” with regular meetings but I don’t participate. I go to Slovenia quite regularly. After all, Ljubljana is just two hours away and so is my husband’s family in Sevnica. I have quite a few Slovenian friends in Graz so that I have more than enough contact with Slovenia. :)

What are your plans for the future? Are you planning on coming back or are you more drawn to living abroad?

To be honest, I am not even the least interested in returning to Slovenia. Ljubljana is a nice town but the living conditions in the country are unbearable. Life is much easier here and jobs pay better. In comparison with Slovenia, everything is taken care of better.

We are truly lucky because we get the best from both worlds. Slovenia is not far away and I can get to the seaside in three hours. The quality of life is simply better here.

Slovenia promoting bee day bid in the US
Scroll to top