Could you please let our readers know something about your background, field of expertise and interests.

I have two broad backgrounds. The first is in marketing where I worked for the Japanese multi-national company Mitsubishi Motors Australia for a period of twenty years. In this company I worked in the market and product planning department, advertising department, corporate planning, and the corporate quality assurance department. A major focus of my work was measuring consumer opinion and using this information to drive change and improvement in products and services and to better position the company in the market place. I was also chairman of the Australian automotive market research committee. This committee involved all the major automotive companies in Australia (eg Holden, Ford, Toyota, Mitsubishi, Nissan, Mazda, Honda etc). This committee combined funds from these manufacturers for the purpose of running large scale continuous market research surveys.

Additionally I have conducted market research studies for the global research house Frost & Sullivan covering the countries in the Asia Pacific basin ie from Japan down. These studies covered a variety of industries (non-automotive).

My other background is in music. I have written music for the world’s largest parade of its type, the Adelaide Christmas Pageant. In relation to Slovenia, each year I place an ad in the Delo newspaper for the song/poem SlovenecSlovencu (Ivan Legiša/Adrian Vatovec) to acknowledge Slovenia’s Statehood Day (Dan državnosti). As well VladoKreslin has recorded one of my songs, Play with Fire. You can listen to these songs on YouTube. I welcome further collaboration with Slovenian musicians and singers as culture plays a vital part in building bridges.

You have many interesting experiences in many different businesses from automotive to consulting. Could you tell us more about that?

Yes, I like a lot of variety and this was the main reason why I left Mitsubishi Motors Australia. Once you have a skill set, then you can apply those skills to any industry.

Are you and your colleges open to support Slovenian company which would like to enter Australia. Did in the past anybody contacted you regarding that?

I am an honorary consul of Slovenia for South Australia and as part of that position I am also a board member of the newly established Slovenia Australian Chamber of Commerce. All of the board members in the Chamber have a strong background in business and they are all very capable to assist Slovenian companies to enter the Australian market.

We encourage Slovenian companies to join the Slovenia Australian Chamber of Commerce and to contact us through the Chamber for assistance in exploring the potential for their products and services.

To date, with the Chamber being only recently opened, we have had some enquiries from Slovenian companies and as people become more aware of the Chamber the number of enquiries will increase. Australia is a mature and stable country and a good fit for Slovenian exporters.

How do you see the Slovenian community in Australia in general?

The Slovenian community such as clubs and churches in Australia were established by the first generation of Slovenian migrants who came to Australia from Slovenia following the hardships of post WW2 Europe. They came as economic migrants and worked very hard to establish themselves and to give their family both here and in Slovenia (by sending money back home) a better life.

We now have 2nd, 3rd, and 4th generation Slovenian Australians and these people are less involved in the Slovenian community. Their emotional connection to Slovenia is not as strong as that of the first generation who were born and raised in Slovenia.

There is a Facebook, and a YouTube channel that you manage. What is the story behind that and what is main goal of those groups?

It is important to have a presence on digital media because so many people are online and it is the go to source for information. People are literally carrying the world’s information in their pocket, egwith a smart phone, which they can access immediately. If you want to know something you just Google it for example. Being on digital is a must, not an option.

A big part of digital is social media because ofthe huge number of people on platforms such as Facebook, YouTube etc. With this in mind the Facebook page Slovenian Consulate South Australia was established. The Consulate page is aimed at providing information about Slovenia and from time to time about Australia. The main purpose of this page is to make people aware of Slovenia, and to build a positive image of Slovenia. One objective is to engage younger generation Slovenian Australians so that they feel connected to Slovenia and to encourage them to visit Slovenia and once there let Slovenia show off its natural beauty, its food, its drinks, its culture, its warm people etc. In essence try and establish an emotional bond between younger generation Slovenian Australians and Slovenia so that they feel that they belong and that they can identify with their roots.Emotional bonds are the strongest bonds. In addition as honorary consul I am here to provide consular assistance to Slovenians and to Australians.

I have a page on YouTube called the Slovenia Australia channel and this page contains videos that I have recorded concerning Slovenian and Australian interests and I have conductedinterviews in both countries. The most popular video on the channel is about Slovenia’s first supercar the Tushek T500. What AljošaTushek, the creator of Tushek supercars, is doing is amazing. Automotive technology at that level is only second to aerospace.

The latest videos on the channel are about the opening of the three new Slovenian Consulates in Australia (New South Wales, Queensland, and South Australia). If I need music for a video I tend to write and produce the music myself and that way I avoid copyright issues.

I am always open to receive suggestions on what people would like to see on the Slovenian Consulate South Australia Facebook page, and the Slovenia Australia channel on YouTube. It is very important to be relevant to people.

Prior to the Chamber’s opening in June 2015, a successful seminar, about the impending Chamber, was held in Ljubljana late last year by Anthony Tomažin, who is now President of the Slovenian Australian Chamber of Commerce.

A major objective of the Chamber is to foster trade and investment opportunities between Australian and Slovenian companies by developing long lasting trust and friendship. The board members of the Slovenian Australian Chamber of Commerce know the business etiquette, nuances and practices of the Australian business environment so it is of advantage for Slovenian businesses to tap into this expertise so that they do not make unnecessary mistakes which can prove costly.

A Facebook page called the Slovenian Australian Chamber of Commerce has been established, and the Chamber also has a web page where people can join to become a financial member: www.slovenianaustralianchamber.com.au/

On 16 June 2015,the Minister for Slovenians Abroad GorazdŽmavc and the Australian Assistant Minister for Immigration and Border Protection Senator Michaelia Cash signed a Working Holiday Arrangement between Slovenia and Australia.

Once this arrangement comes into practice thiswill enable a limited number of young Slovenians and Australians to gain working, study and travelling experience in Australia and Slovenia respectively. 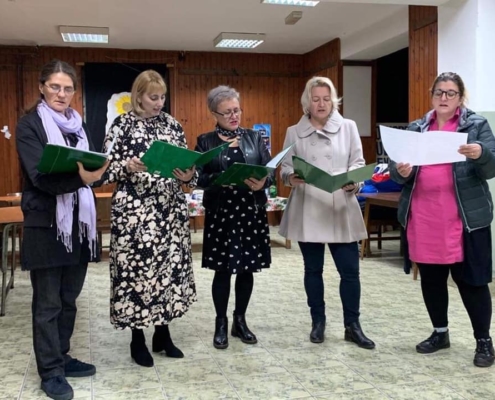 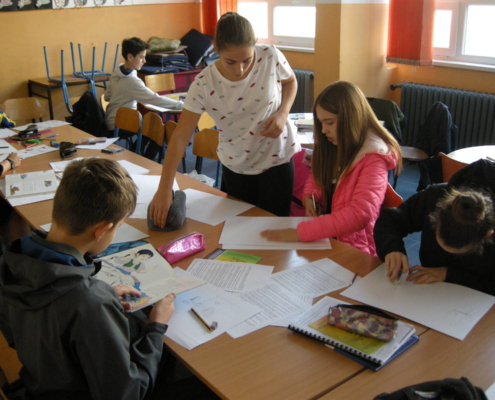 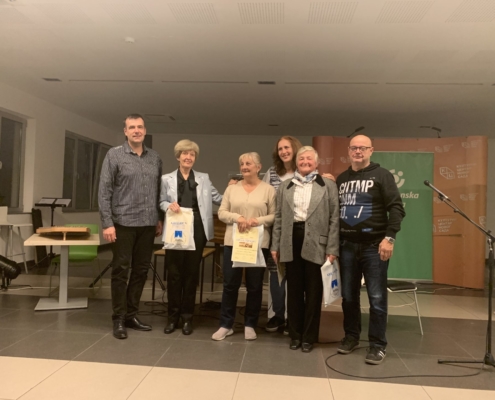