Potica takes first place among traditional festive pastries in Slovenia. This is especially true during Easter. It is a rolled pastry made of leavened dough filled with any of a great variety of fillings. Slovenian housewives also love baking poticas at non-festive times to pamper their loved ones. In households, grandmothers and mothers often have an important task to train their daughters and granddaughters in the demands of baking potica. It is not easy to make one with just enough filling and just enough dough. More than 80 of various types of fillings are known. These are spread on dough, which is then tightly rolled. This is where potica got its name (originally it was called povitica, which means rolled cake). This time, we present you the traditional recipe. You may also want to try making interesting mini potica rolls (lePotičke, which means mini beauties in Slovenian) and visit the Potičnica (Potica House) in the middle of Bled Island. 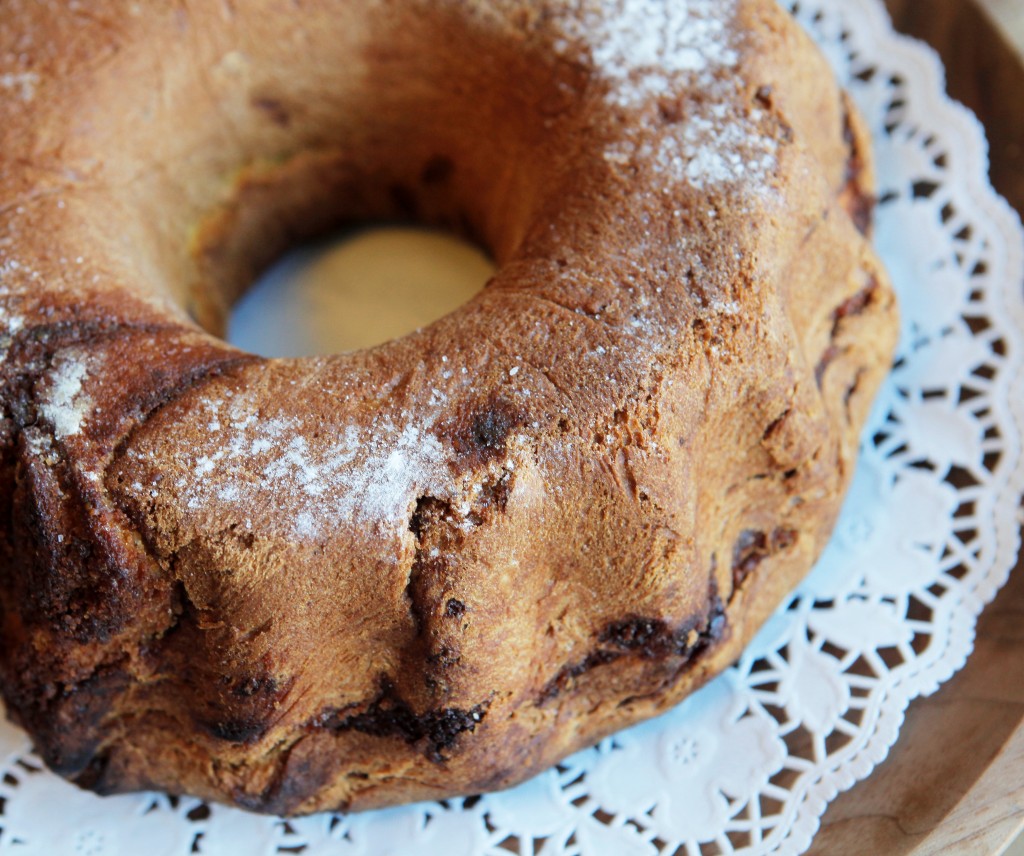 Potica was already a well-known pastry in western and north-western Slovenia as early as in the 16th century. The most characteristic Slovenian poticas are made with walnut, hazelnut, tarragon, poppy seed, cottage cheese and other fillings. Potica is a festive pastry and can be baked in two ways: in the oven or directly on the hearth. The potica baking mould (called potičnik) with a conical protrusion in the middle was developed under the influence of moulds for baking ring-shaped Napfkuchen cakes from German-speaking countries. Would you like to make potica at home?

Prepare the dough in a warm room. Mix and stir the flour with a teaspoon of salt, stir the yeast with a teaspoon of sugar, 2 tablespoons of flour and 200 ml of lukewarm water or milk. Leave in a warm place to rise. Make a hole in the middle of the flour; add whisked eggs, yeast, melted butter and sugar into the hole. Add lukewarm milk while stirring. Beat the dough for 15 minutes or until bubbles appear and the dough separates from the bowl. Sprinkle some flour on the beaten dough; cover the dough with a cotton cloth and leave in a warm place to rise. To prepare the filling, crush or grind the walnuts and pour some hot sweetened milk over them. Heat up the honey until it liquefies. Add the honey and cinnamon to the walnuts. Leave the filling to cool off. Add one or two eggs to the filling and mix thoroughly. Roll out the dough until it is ½ cm thick and spread it with the warm filling. Roll tightly and put it in a greased mould. Leave the potica to rise slowly. It will also rise during baking. Before baking, cover the potica with a whisked egg. Bake for an hour; when finished, leave it in the mould for 15 minutes to cool off. Sprinkle the potica with powdered sugar if desired. Bon appétit!
Source: slovenia.info