New York - A blue lacy piano, dubbed Etude Above Ground Zero, by Slovenian artist Eva Petrič has been displayed on the streets of New York as part of the Sing for Hope project. 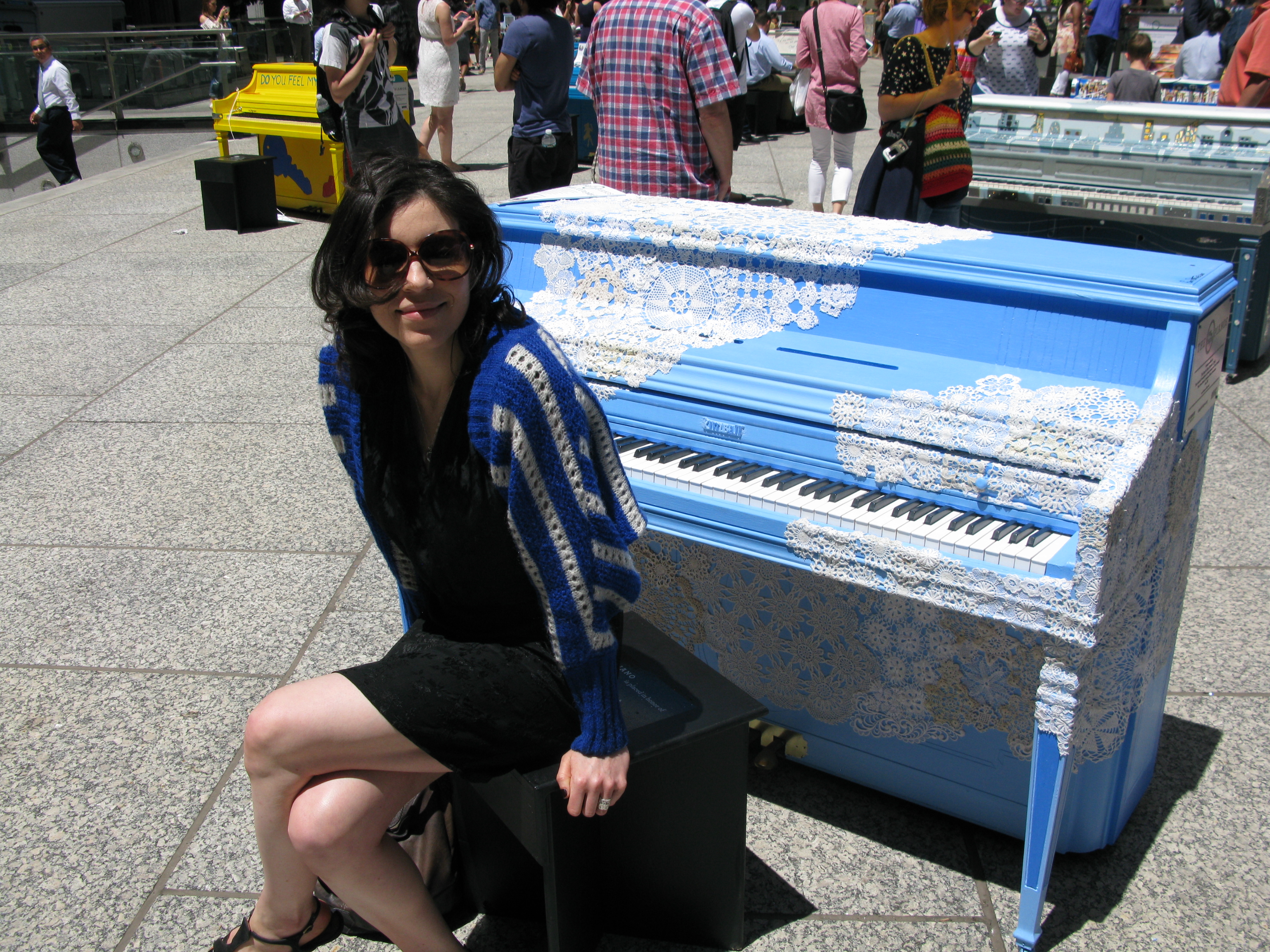 Petrič designed the piano with various hues of blue in memory of the 9/11 terrorist attacks: "I was here at the time, attending high school, and I wanted to show how the power of music can transform traumas."

"I redesigned the piano to reflect the different shades of the blue sky on the morning of 11 September 2001 and trimmed it with a cloud made of lace to represent our connectedness," the artist explained. Clouds represent memories and emotions of that tragic event and the piano music transforms them, she added.

The Sing for Hope project aims to connect people through art, this time through music. A total of 50 pianos, designed by the likes of Jessie James Decker, Nathan Sykes and Georges Chakra, have been placed in Liberty Street in New York and will be placed around the Big Apple between 9 and 19 June.

"The pianos are still musical objects but attract people with different aesthetic appearances," said Petrič, whose piano will be displayed at Castle Clinton, which used to be the first place where immigrants stepped on American soil. (Source: STA)