A year after the death of legendary accordion player and composer Slavko Avsenik (1929-2015), a book documenting the musical oeuvre of both founders of the legendary Slovenian oompah music group Avsenik Brothers Ensemble, Slavko Avsenik and his brother Vilko, has been launched. 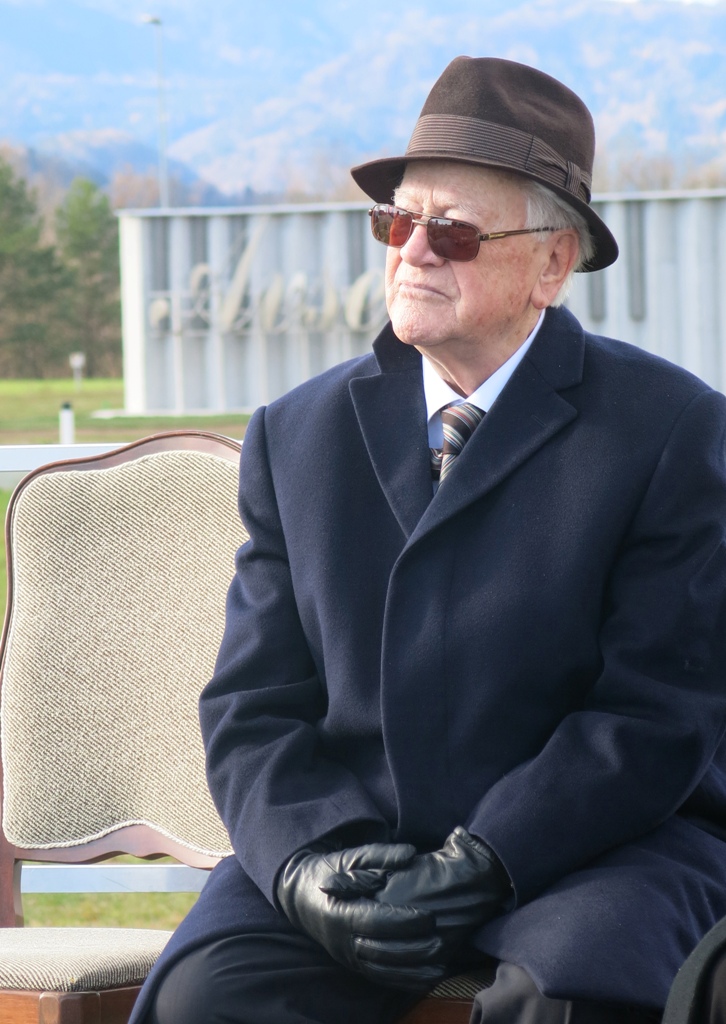 Golden Sounds was written and edited by Aleksi Jercog, a long-time fan of their music, and published by the Avsenik Publishing House.

Written in Slovenian and German, the ensemble's 400-page biography consists of four parts, the first describing the two brothers' albums and records, the second cataloguing their songs, followed by their history and bibliography.

The Avsenik family and collectors of Avsenik music also took part in the editing of the book.

"This was a large project, as certain records still needed to be found and catalogued correctly," the Avsenik - Hohner Gallery told the STA.

The idea for the project was conceived three years ago, during a celebration of the 60th anniversary of the Avseniks' music.

"The book's publishing was also motivated by several questions about the records, their content, the ensemble and other details raised by fans and our visitors," said Brigita Avsenik, Slavko Avsenik's widow and director of the Avsenik - Hohner gallery.

"We wanted the book to fill this gap and to contain refined and up-to-date information on the Avseniks' music from 1953 until today," she said.

The author of the book Jercog believes that the Avseniks' music is a treasure, the importance of which we sometimes do not understand completely.

"It is a treasure that is long-lasting, undying and eternal and will outlive other fashions, trends, genres," he said.

The Avsenik Brothers Ensemble was established in 1953 by Slavko and Vilko Avsenik, who have produced nearly 1,000 songs in Slovenia and Germany.

The ensemble has sold over 30 million records altogether and is an inspiration to many, as there are reportedly some 10,000 bands playing their style of music.

Their most popular song is a polka entitled "Na Golici" or "Trompetenecho" in German and "Trumpet Echo" in English.

This piece of music has been covered more than 600 times and is believed to be the most played instrumental song in the world.

Slavko Avsenik died last July at the age of 85. Born in in Begunje na Gorenjskem, close to Lake Bled, he was an internationally acclaimed accordion player and composer, who left behind a rich legacy of oompah music. Source: STA

Reunification of Primorsko with Slovenia celebrated
Scroll to top