Trieste - Minority poet, writer and editor Marko Kravos is the winner of this year's top poetry award for lifetime achievements in Slovenia. 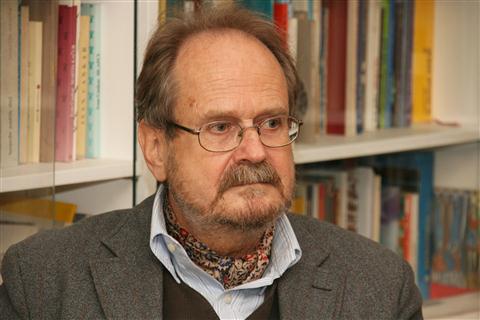 A highlight of his work is his collection of poetry entitled Tretje oko (Third Eye) from 1979 (Photo: alchetron.com)

He will receive the Gold Coin Prize at the prestigious Veronika poetry prize ceremony at Celje Castle late in August.

The jury honoured the Trieste-based author for his contribution to the Slovenian culture and literature and his bridging of the gap between cultures.

His work is marked by his home environment and the fact that he is a member of the Slovenian minority in Italy, the jury said.

Swinging between modernism and new movements in poetry, Kravos's work is marked by simplicity, accessibility and humour. The jury also praised his use of the language and metaphors.

A highlight of his work is his collection of poetry entitled Tretje oko (Third Eye) from 1979, which critics listed among crucial literary achievements of the time.

The collection also earned him the 1982 Prešeren Fund Prize for extraordinary achievements.

Kravos was born in Montecalvo Irpino in southern Italy, where his family was deported by the Italian Fascist regime. He, however, spent his childhood in Trieste, where he attended Slovenian language schools.