Slovenia promoting bee day bid in the US

Washington- Slovenia has been stepping up its efforts to declare 20 May World Bee Day. The latest event highlighting the importance of bees was held at the Slovenian Embassy in Washington, DC, which featured an expert debate and a honey breakfast. 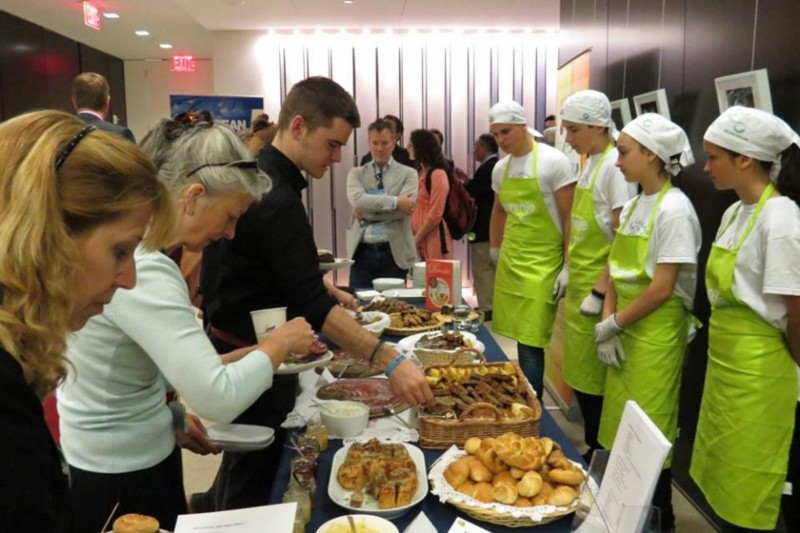 About 120 scientists, bee experts and other guests gathered at the embassy on Friday to learn about the Slovenian initiative and the importance of bees as pollinators in agricultural production.

The panel was accompanied by an exhibition of original 1924 beehive board ends, the distinct decorative elements of Slovenian beehives, as well as beeswax products and honey.

The participants were served a traditional honey breakfast with a variety of honeys and food prepared by the students of a primary school from Ljubno ob Savinji in eastern Slovenia.

At the same time Dejan Židan, the minister of agriculture, forestry and food, published an article in the Huffington Post laying out the case for dedicating a world day to bees.

Židan traces the history of beekeeping in Slovenia, explains why bees are so important, and notes that 20 May was chosen because it is the birthday of Anton Janša, who is considered the first teacher of modern beekeeping in the world.

Janša (1734-1773) was the first teacher of modern beekeeping in the world and was appointed by the Hapsburg Empress Maria Theresa at the head of the first beekeeping school in Vienna. (Source: STA)